Hello! My name is Hope, and I’m an Australian videogame journalist. You’ve probably come to this page looking to find out a little bit more about me personally and maybe a bit professionally, so here goes.

I’m originally from Western Australia but now reside in Victoria, away from the blistering heat and absurd UV ratings and much closer to pretty much everything else. I have two dogs who are the best and worst of everything and don’t own any cats because even though I quite like them, I am horribly allergic. 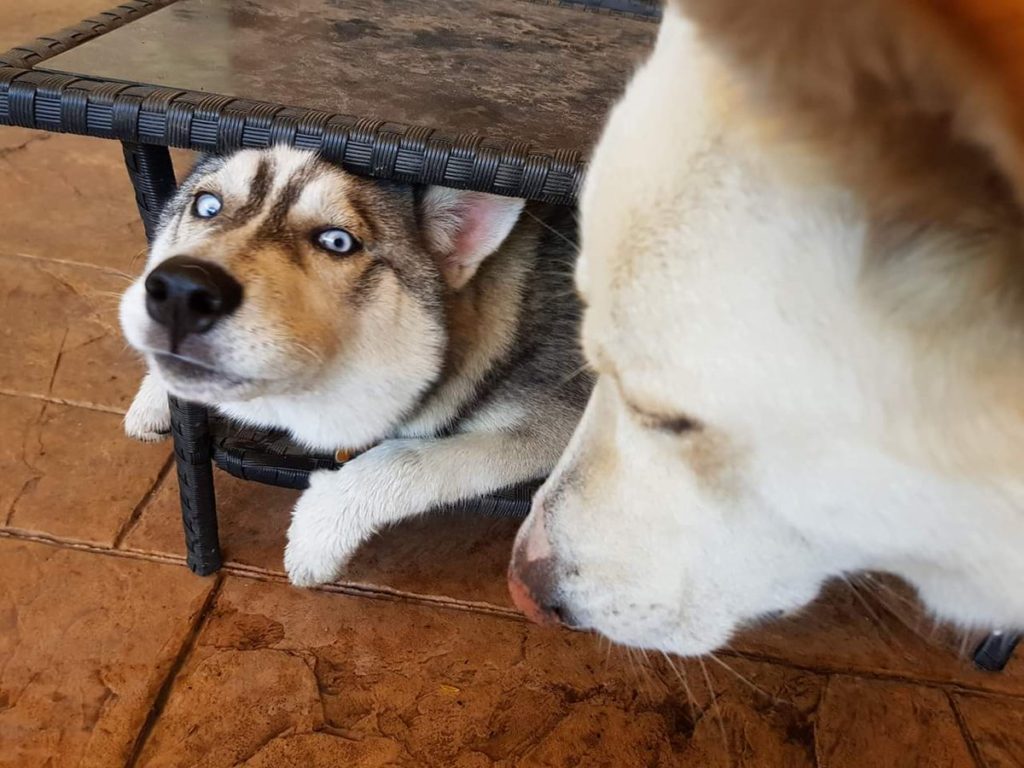 I’m a bit of a geek. I grew up not really being allowed videogames so it feels like my adulthood has been a lot of making up for lost time. I really enjoy most things tech, space, fantasy, and sci-fi and probably get a bit too excited when talking about these subjects. I’m also a big fan of the Oxford comma.

I’ve read almost every Discworld novel. There are maybe 3 or so mainline books I haven’t gotten around to and I couldn’t get into the Tiffany Aching series but aside from that, I am a wealth of useless knowledge on this fantasy world. My heart broke when I found out Terry Pratchett was sick, and it fractured once more when he died. Books can be like family.

Another of my big loves is Pokemon. Yellow was one of the first real video games I ever owned and it combined with the anime left a big impression on me growing up. In particular, I really like Eevee which is often immediately obvious by some aspect of my clothing. Generally, I tend to like fox and wolf designs and it was always a symbol of potential and choice for me growing up. And yes, I still play Pokemon Go.

I like to make art, write, and make videos among other projects – I’ve even cosplayed on the odd occasion. Ideally, getting paid to do these things is the goal. I’m a believer in loving your work if you can. After all, it takes up such a large percentage of your life so it should at least be something you enjoy. I also have a bad habit of throwing myself wholeheartedly into what I do and have learned that doing this on something you don’t love is hard on the soul.

Professionally, I started getting into games Journalism back in 2011. I saw a competition in Game Informer magazine to write an article and be sent to an expo. Immediately knew I could do this so I entered and won. Before this, I don’t think the idea of ‘games journalist’ as a potential career even existed in my mind – not in that I didn’t want to be one just that it could even really exist. Even then, I’m not sure I realised it was something I could get paid to do, rather than just a hobby.

I realised I had found an answer to what I wanted to do with my life. I’d always been torn between art and science and videogames are a beautiful mix of both. I wanted to be a part of the conversations that define and push games as a medium. I wanted to help them grow and help people be informed about the wonder they can be. This desire has only grown stronger the longer I’ve been a part of the industry.

From there I started writing for volunteer sites like Vooks. I also formed my own site with some other Western Australian girls called XXP where we created videos and wrote reviews together. I wanted to get a better image of female gamers out into the world and had the added bonus of learning a lot while doing so.

After writing for various volunteer sites for many years, in 2017 I began writing news for IGN. I suddenly realised it was actually possible to get paid for this stuff and moved on to write wikis, reviews, opinion pieces, and more for IGN and other sites in exchange for money.

Recently I made it into the final 4 for Journalist of the Year in the first Australian Video Game Awards, made the MCV Pacific 30 under 30 list for 2018,  was included in the InGames Gender Equality list for 2019. and was recently nominated for Best New Journalist in the Lizzies. Moving forward, I’m hoping I can continue to make content for more websites and would ideally love to land a full-time position in the industry soon.

I was lucky enough to attend the first ever Australian Games Awards as a finalist for the Journalist of the Year category last week. I wouldn’t have got there without everyone’s support so I just wanted to thank all of you who voted for me or otherwise wished me well. I didn’t win (and didn’t expect to) but seeing so many lovely people from all facets of this industry was a pretty great prize in itself. I also didn’t remember to take a single photo of myself at the event so here are some getting ready pics.

Hopefully, this covered most of what you could want to know. If this didn’t answer your burning questions about me then feel free to drop me a line at any of the links at the top of this page.